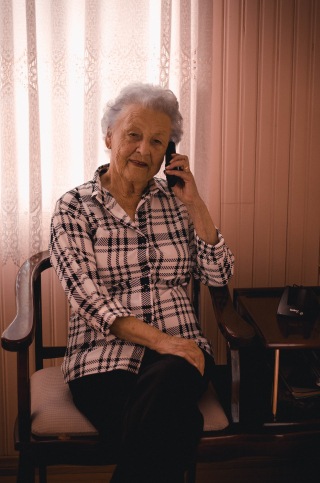 “You’ve probably received one: A recorded call warns of a problem with your Social Security number. To fix it and avoid legal action, you’re told, you must call back immediately—and pay up.”

You’d think everyone would know to ignore these calls. However, these criminals are so convincing, says The New York Times in the article “How Not to Become a Victim of Social Security Fraud Calls,” that many people fall for the schemes and end up losing money. They buy gift cards and often, give up their personal PIN (Personal Identification Number), losing thousands of dollars.

It’s not clear whether the volume of calls is increasing. However, the government is getting thousands of complaints about them, reports the Social Security Administration’s inspector general, Gail Ennis. There have been 250,000 online complaints made, since a new dedicated digital reporting form was released in November 2019.

Other regulators are also reporting a flood of complaints. The Federal Trade Commission has received more than 166,000 complaints about fraudulent Social Security calls last year, and the average individual loss is about $1,500. The Senate’s Special Committee on Aging said that Social Security impersonation schemes were the single most reported fraud on its fraud hotline last year.

In January, the committee heard from a woman who lost $150,000 in a Social Security scheme.

The government is trying to fight the fraud in a few different ways. The Justice Department took legal action in January against two telecommunication companies that it says serve as “gateways” for illegal robocalls, by funneling them to the U.S. from oversees. However, stopping the calls is not easily accomplished. There are many gateway telecommunications companies, so hitting two just means that the criminals will take their business elsewhere.

Congress passed the Telephone Robocall Abuse Criminal Enforcement and Deterrence Act (TRADED), which requires telecommunication companies to adopt technology to identify spoofed calls. Spoofed calls are calls that appear to come from legitimate phone numbers. However, the FCC has yet to set rules for how the law will be carried out, so relief for consumers may be as far as a year away.

Here’s what you need to know about Social Security and other fraudulent calls:

There’s not much that can be done by the individual to stop the endless stream of robocalls. You can register your number on the Federal Trade Commission’s Do Not Call list, but that will only reduce calls from legitimate telemarketers. The criminals will still call. The best advice is not to answer the phone, unless it’s from someone you know, and never, ever give in to demands of immediate payment. That’s always a red flag for fraud.

Please call our office anytime for assistance in your Estate Planning, Long Term Care Planning, Medicaid or Special Needs Planning: (718) 238-6960 or info@gylawny.com. We will be happy to schedule an appointment with one of our attorneys.

The comments to this entry are closed.