Can an Inheritance Lead to Disruption in Families? 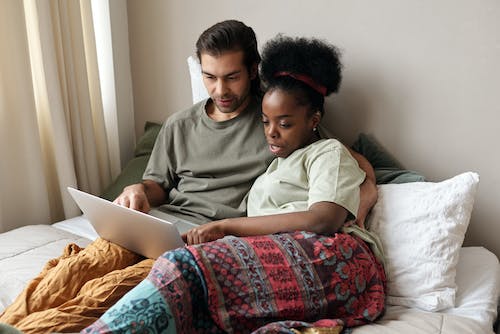 “Most states recognize inheritances as separate property, and many experts say keeping them separate is often the best approach.”

Is an inheritance a blessing, or a curse? That’s the question from the recent article “When One Spouse Gets an Inheritance It Can Be Hard on a Marriage” posed by The Wall Street Journal. The emotional high of receiving an inheritance is often paired with legal issues. Emotional and life changing decisions can take a toll on the best of partnerships. Spouses may disagree with how assets should be used, or if an inheritance should be set aside for children from a prior marriage. The question of what happens to the inheritance in the case of death or divorce also needs to be addressed.

Couples are advised to start exploring these issues, with the help of an experienced estate planning attorney as soon as they know an inheritance is in their future. For starters, couples should learn about the legal issues surrounding inheritances. Most states recognize inheritances as separate property. However, if funds are co-mingled in a joint account, or the deed for an inherited house is in both names, it becomes more complicated to separate out, if necessary.

Couples who decide to use an inheritance for a large purchase need to be mindful of how the purchase is structured and recorded. Writing a check directly from an account dedicated to the inherited funds and keeping records to show the withdrawal is recommended. If a check needs to be drawn from a joint or single account, the inherited funds should only be placed in the account for a short period, preferably close to the time of purchase, so it is clear the funds were transferred solely for the purpose of the particular transaction.

It would be wise to obtain a written agreement between spouses, making it clear the money was contributed with the understanding if there is a sale of the property or a divorce, inherited funds and any appreciation would be credited back to the contributing spouse.

For one couple, a $100,000 inheritance received by a man in his mid-50s with adult children and a second spouse created friction. The man wanted to set the funds aside for his children from a prior marriage, and his wife felt hurt, because she had every intention of giving the money to his children in the event of her husband’s death. She didn’t see the need to keep things separate. However, when advisors ran a series of projections showing the wife would be well cared for in the event of his death, since most of his own $1 million estate was earmarked for her, she relented. They also helped her understand if she racked up big medical bills later in her own life or creditors went after the estate, the money would be better protected by keeping it separate.

Risks come with co-mingling inheritances. It is important for couples understand how this works. Another example: a couple who expected to receive a sizable inheritance and did not save for their own retirement. Instead, they used up the wife’s inheritance for their children’s college educations. When the husband filed for divorce, the wife was left with no access to her ex-husband’s expected large inheritance and had no retirement savings.

These are not easy conversations to have. However, couples need to look past the emotions and make business-like decisions about how to preserve and protect inheritances. It’s far easier to do so while the marriage is intact, then when a divorce or other unexpected life event shifts the financial event horizon.

Reference: The Wall Street Journal (Sep. 13, 2020) “When One Spouse Gets an Inheritance It Can Be Hard on a Marriage”

Posted by Grimaldi & Yeung on 02/10/2021 at 11:25 AM in Divorce, Estate Planning, Inheritance, Retirement, Retirement Planning | Permalink