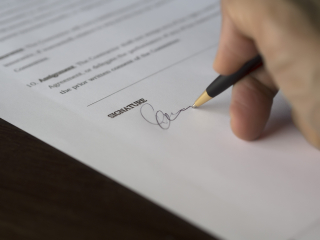 “Lawyers are being bombarded with requests to write Wills, update estate plans and prepare Living Wills and health care directives, as people are confronted by the realization that they could be diagnosed with COVID-19 and dead within days.”

Estate planning lawyers have always known that estate planning is not about “if,” but about “when.” The current health pandemic has given many people a wake-up call. They realize there’s no time to procrastinate, reports the article “Surge on wills: Fearing death by coronavirus, people ask lawyers to write their last wishes” from InsuranceNews.net. Legal professionals urge everyone, not just the elderly or the wealthy, to put their end-of-life plans in writing.

The last time estate planning attorneys saw this type of surge was in 2012, when wealthy people were worried that Congress was about to lower the threshold of the estate tax. Today, everyone is worried.

Top priorities are creating health care directives such a Health Care proxy, which appoints a person to be your health spokesperson when you are unable, and a living will stating your wishes for end of life choices such as “Do Not Resuscitate” orders. In addition, individual are recognizing the importance of granting power of attorney to someone who can make legal and financial decisions. Once these safety net planning documents are fully executed and the agents are in place for life crises and emergencies, then one can plan of their afterlife inheritances and wishes.

An estate plan, including a Last Will and Testament or Living Trusts, details what you want to happen to assets, or who will be guardian to minor children upon your death. A Last Will and Testament can provide guidance when you are no longer alive to do so and spares your family court involvement in family affairs, opens the door to family disagreements that can result extensive legal fees. These can occur when there is no estate plan. You can meet with one of our firm’s estate planning attorneys, to help assist in your estate plan for peace of mind.

The coronavirus has created a new problem for families. In the past, a health care surrogate would be in the hospital with you, talking to healthcare providers and making decisions on your behalf. However, now there are no visitors allowed in hospitals and patients during the Pandemic, the patient can be completely isolated. Estate planning attorneys are recommending that specific language be added to any end of life documents that authorize a surrogate to give instructions by phone, email or during an online conference.

Any prior documents that may have prohibited intubation and or the use of ventilators may need to be revised, since intubation has been a vital treatment for COVID-19 and not necessarily just an end-of-life stage.

Our attorneys will ensure that documents are properly witnessed and signed.  New York State has permitted remote signings, but it is currently by Executor Order of the Governor and is not permanent law.

There are many stories of people who have put off having their wills prepared, figuring out succession plans that usually take years to plan and people coming to terms with what they want to happen to their assets.

Equally concerning are seniors in nursing homes who have not reviewed their wills in many years and are not able to make changes now. Older adults and relatives are struggling with awkward and urgent circumstances, when nursing homes or senior communities do not permit visitors.  We are hopeful this will end soon. We have be able to do remote signing by video or “window” of special outdoor signing to accommodate the new health rules.

Please call our office anytime for assistance in your Estate Planning, Long Term Care Planning, Medicaid or Special Needs Planning: (718) 238-6960 or info@gylawny.com. We will be happy to schedule an appointment with one of our attorneys.

Legal and Financial Seminar for Caregivers presented in collaboration with CaringKind 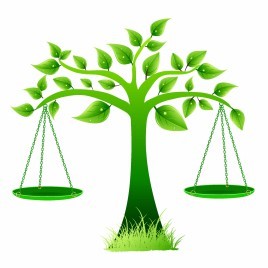 Seating is limited: registration is required with CaringKind (646)744-2900

Prior to attending this event, it is recommended that you attend a CaringKind meeting: “Understanding Dementia: What You Need to Know and Where to Go.”

A will must be very clear in spelling out what the individual wishes to happen, so that if there is an estate battle, the decedent’s wishes can be easily understood in plain English. The role of the court is to uphold the intent of the decedent, says one judge.

The two surviving children of Constantine W. Pournaras, Elaine Jaffe (Jaffe) and William C. Pournaras (William)—are battling over a Superior Court judgment that gives Jaffe declaratory relief and prohibits William from transferring assets of their father’s irremovable living trust into his estate. The case made its way to the Supreme Court of Rhode Island.

The irrevocable trust names William as trustee. Jaffe says that William advised her that the irrevocable trust contained assets worth approximately $694,000. The irrevocable trust reserved to Constantine the power "to appoint any part or all of the [t]rust [e]state to or for the benefit of any of [his] descendants, in equal or unequal amounts, either directly or in [t]rust, as [he] may direct." It also specified that this power of appointment is "exercisable by written instrument during [his] lifetime or by [w]ill or any [c]odicil thereto[.]" The power of appointment, however, is limited and cannot "be exercised in favor of [Constantine's] estate, the creditors of [his] estate or in any way that would result in any economic benefit to [him]." The trust also directs William, as trustee, to divide the trust assets into "separate and equal shares" between Jaffe and William, as his surviving children, upon Constantine's death.

The will names William as personal representative and provides that he "shall distribute [Constantine's] residuary estate to the then acting [t]rustee" of the living trust (William). Section 5.01 of the will defines "residuary estate" as, in relevant part, "any property over which [Constantine] may have a power of appointment * * * less all valid claims asserted against [his] estate * * *."

Chief Justice Paul A. Suttell said in his opinion that the court's primary objective when construing language in a will or trust is to ascertain and effectuate the intent of the testator or settlor, if that intent is not contrary to law. Plain language of the will or trust is considered first, and the court won’t resort to considering extrinsic evidence, where the intent is clear "from within the four corners of the will[.]"

The Chief Justice found that if the exercise of the power of appointment were deemed valid, the very terms of the will would place the assets of the irrevocable trust in his residuary estate, subjecting them to the demands of creditors. That would be contrary to Constantine's intent, as expressed in the irrevocable trust.